Should antitrust policy play a role in fighting inflation? Considerations from a Latin American perspective The recent spikes in inflation worldwide have reignited debate amongst antitrust academics and policy makers with regards to the possible link between market power and price rises. This context puts the strength of certain antitrust institutions to the test, as they may be hard-pressed to shift their focus away from their core mandates (such as cartels and mergers), to act upon the political pressures that derive from rising inflation rates. This article focuses on this phenomenon for competition authorities in Latin America. We review the latest enforcement actions of authorities in the region and consider to what extent these are directed at battling rising prices.

Overall, competition authorities in Latin America share important aspects, like the objective to preserve competition and keep a level playing field, rather than aiming for explicit welfare or macroeconomic objectives, such as maintaining low prices. Still, an important difference relates to the inclusion of excessive pricing by dominant firms as abusive conduct in some (but not all) competition laws, thereby allowing the authority to punish and control such pricing behavior.

Colombia presents an interesting case in that excessive pricing is prohibited under the “catch-all” general clause in article 1 of Law 155 of 1959 (although it is not considered an abuse of dominance per se). This has allowed the competition authority (SIC) to open 11 excessive pricing cases since 2008 and impose fines in nine of those. Notably, eight of these cases were conducted in the milk industry, an industry with regulated prices where the competition authority focused its excessive price analysis on compliance with this regulation.

However, unfair prices cases have not been limited to regulated markets. In 2011, and 2014, Colombia’s SIC investigated excessive pricing in the cattle and the aircraft fuel supply markets, respectively. In both cases, the authority emphasized the exceptional nature of this type of investigation, clarifying that the role of the competition authority is not to regulate prices in a market. This stance was ratified in the agency’s most recent case in 2021, when a mask distributor was investigated during the covid-19 pandemic. In this case, the SIC reaffirmed that it is not the role of the competition authority to regulate prices or mitigate price rises. Furthermore, the authority explained, punishing an agent for its ability to set high prices on its own competitive merits would send the wrong signal to the market, discouraging companies from investing, innovating and competing.

In a similar vein, the competition authority in Chile (TDLC) has clearly expressed that the mere fact of charging excessive prices does not constitute an abuse of dominance, unless specific abusive conduct is proven. It further emphasized that it could not act as a regulator of final prices to consumers. In that sense, it has emphasized the need to minimize the error of wrongly and expensively sanctioning normal activities within a market, as this would affect dynamic efficiency and development.

In its 2014 investigation of a producer and distributor of drinking water, the Chilean competition authority interpreted article 3 of Decree Law 211 as sanctioning excessive prices. The TDLC considered that companies could indeed breach competition law by setting excessive prices provided that the standard of dominance is met, and if the prices charged are proven to be grossly excessive. The Court asserted that, to prove this, all available standards of comparison must be used –including the analysis of the standard of market dominance as well as prices, costs, and profits – ultimately concluding that no insurmountable barriers to entry would prevent the offering of an alternative services in the market, and hence dismissed the case.

Finally, the Brazilian competition authority (CADE) has assessed several excessive pricing cases and held that excessive prices are an infringement of competition law only insofar as they serve exclusionary purposes. During covid, CADE dismissed an abusive price increase allegation against producers and distributors of hygiene products such as face masks and gels under similar premises. In the filing, CADE was explicit that it was not within its functions to intervene in the market and replace market agents to arbitrate the prices of goods and services.

These rulings show that competition authorities share an understanding that punishing excessive prices should be an exceptional measure, requiring utmost consideration. Thus, using these powers to punish firms that react to inflationary pressures by raising prices would go against their own guidance and precedent.

For jurisdictions in which the competition authorities do not have the possibility to sanction exploitative conduct, their link to excessive prices is more nuanced. For instance, following public discontent about general price increases in Peru during the pandemic, Indecopi considered it necessary to explicitly state that it lacked the legal authority to regulate market prices. This is not to say that prices are not relevant for the Authority, as they play an important role in cartel cases. For instance, in the context of a cartel investigation in the market of liquid fuels in Chimbote in 2018, Indecopi explicitly recognized price parallelism and convergence as two of the main indicators used by competition authorities to identify such agreements.

Parallelism and convergence of prices are indeed generally used by competition authorities in Latin America to detect possible cartels, but they would not be sufficient by themselves to prove the existence of an anticompetitive agreement. This is especially important in an inflationary environment, given that firms face simultaneous cost hikes that naturally result in parallel trends in prices. This is captured by the same 2018 ruling by Indecopi, where it clarified that the existence of parallel or converging prices must be assessed in tandem with other factors before reaching a conclusion about a collusive hypothesis.

Similarly, Mexico’s Cofece considers that markets can only operate properly when prices are set freely, as they reflect scarcity and the value given by consumers to goods and services. In its guide for the Evaluation of Regulation from a Competition Perspective, the authority recognizes that a maximum price may not protect the consumer or even recognize the companies’ operating costs.

Still, Cofece has used evidence of future price increases as a justification to object or to impose remedies to economic concentrations. For instance, this was the case in the merger between Soriana and Famsa in 2020, where the Authority found that the ex post concentration indices would likely lead to a significant increase in prices that would harm the competition process in the relevant market, thus challenging the proposed merger.

Under merger review proceedings, although the likelihood of future price increases in the affected industry is one of the factors analyzed to approve a merger, this does not extend to market-wide inflation. In fact, the price analysis made by competition authorities when evaluating a merger is based on the comparison of two scenarios: with and without the merger. In this way, the aim is not to identify price increases per se, but rather the effect of the merger on prices. In other words, although price effects are considered by competition authorities when reviewing mergers, these are limited to the future price pressures imposed by merging firms, and not to general inflationary pressures on the sector or economy as a whole.

The analyzed experiences of the competition authorities in Latin America show that they are very cautious when it comes to judging or regulating a price. This concern is not in vain; every competition authority mentioned above recognizes the potential market distortions that would result from regulating prices.

Considering the above, it should not be the role of competition authorities to intervene in the market to combat inflation. This is particularly important in the current market context, where the combination of the covid-19 pandemic, the invasion of Ukraine, and the overall disruption of global supply chains have resulted in an inflationary global economy. This is not to say that competition authorities must ignore price increases that are due to market abuses or the consolidation of market power through anticompetitive behavior. Their role is to protect competition and guarantee, within the boundary of the law, that market prices are the product of effective competition among agents operating in a given market. 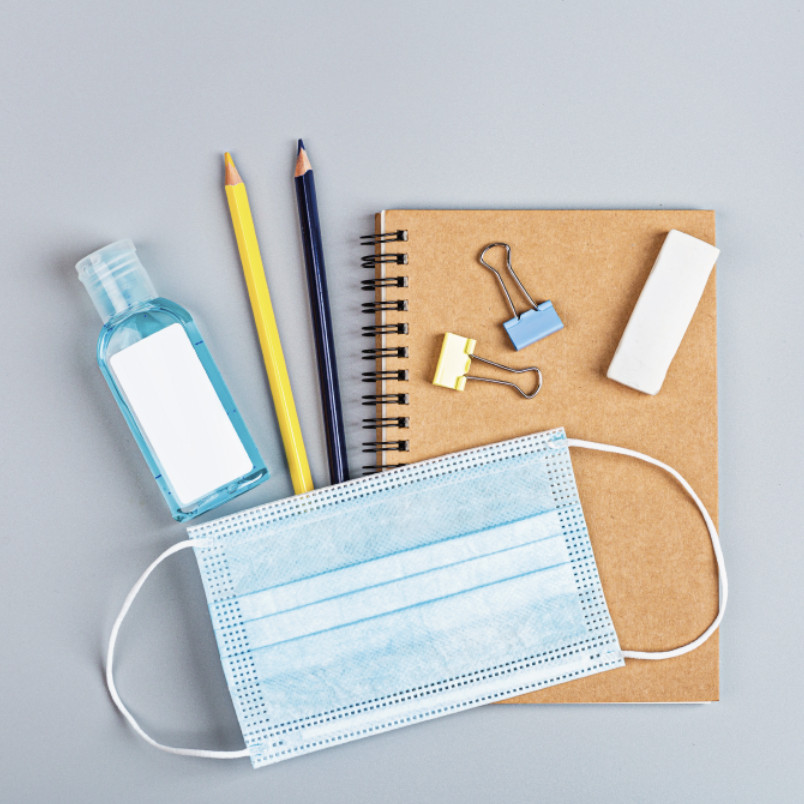 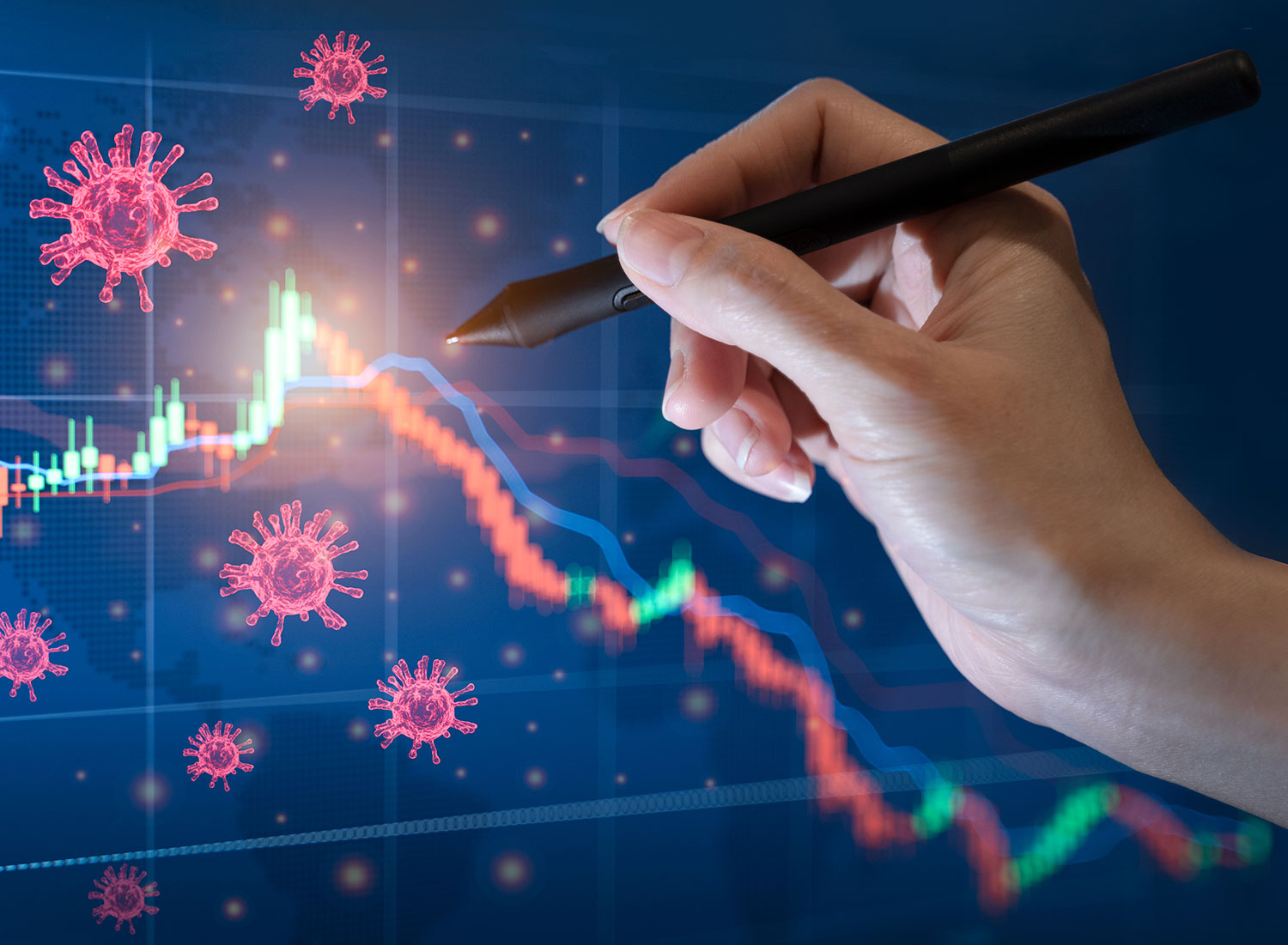 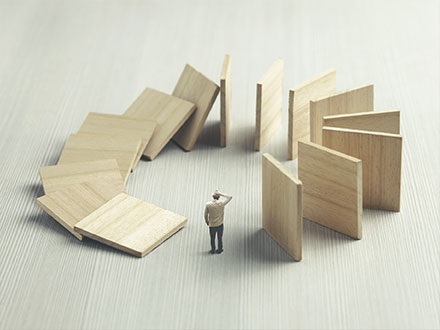 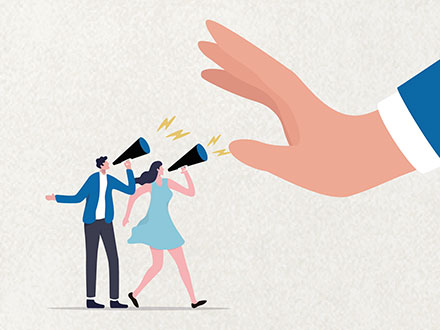 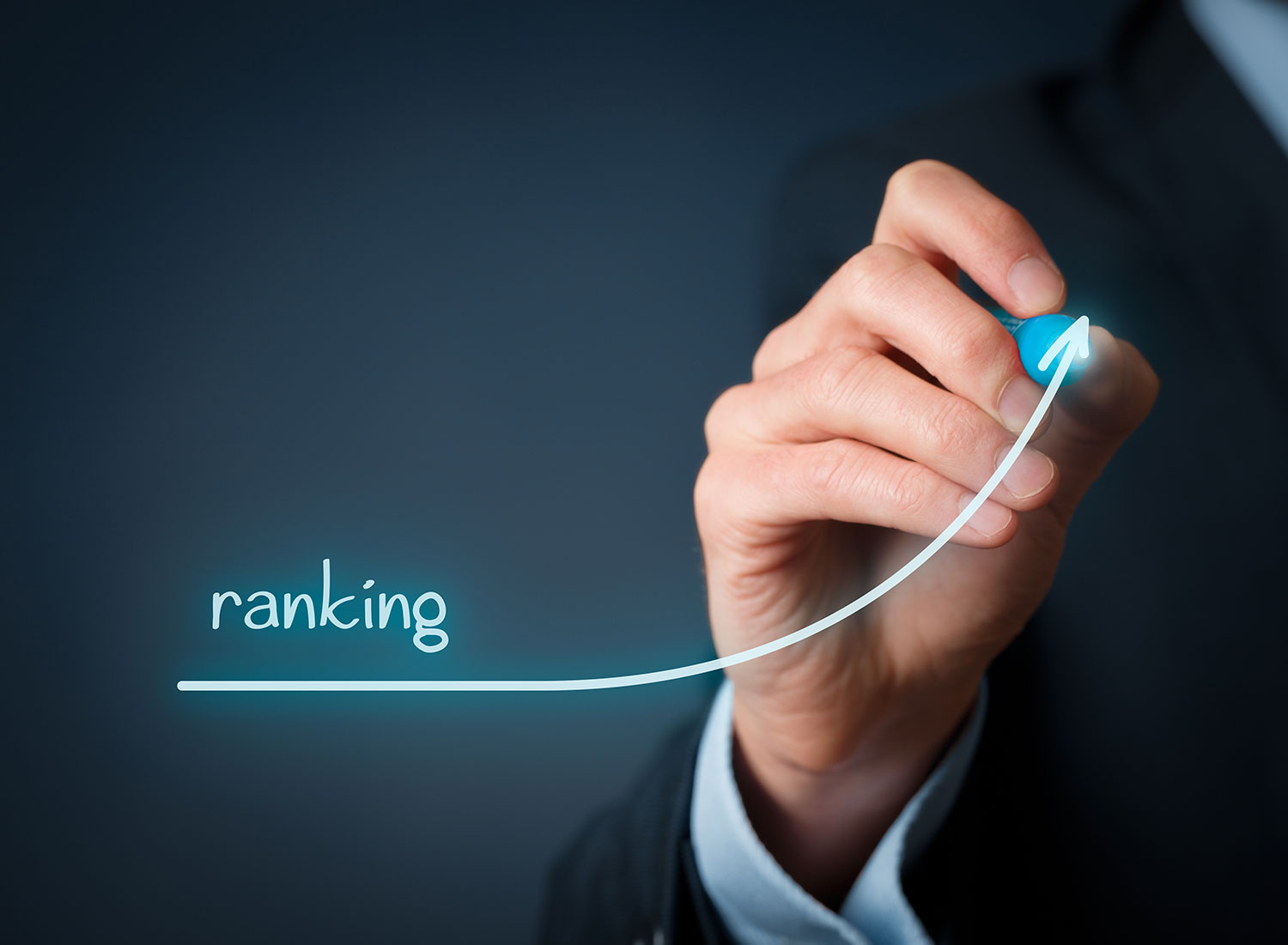 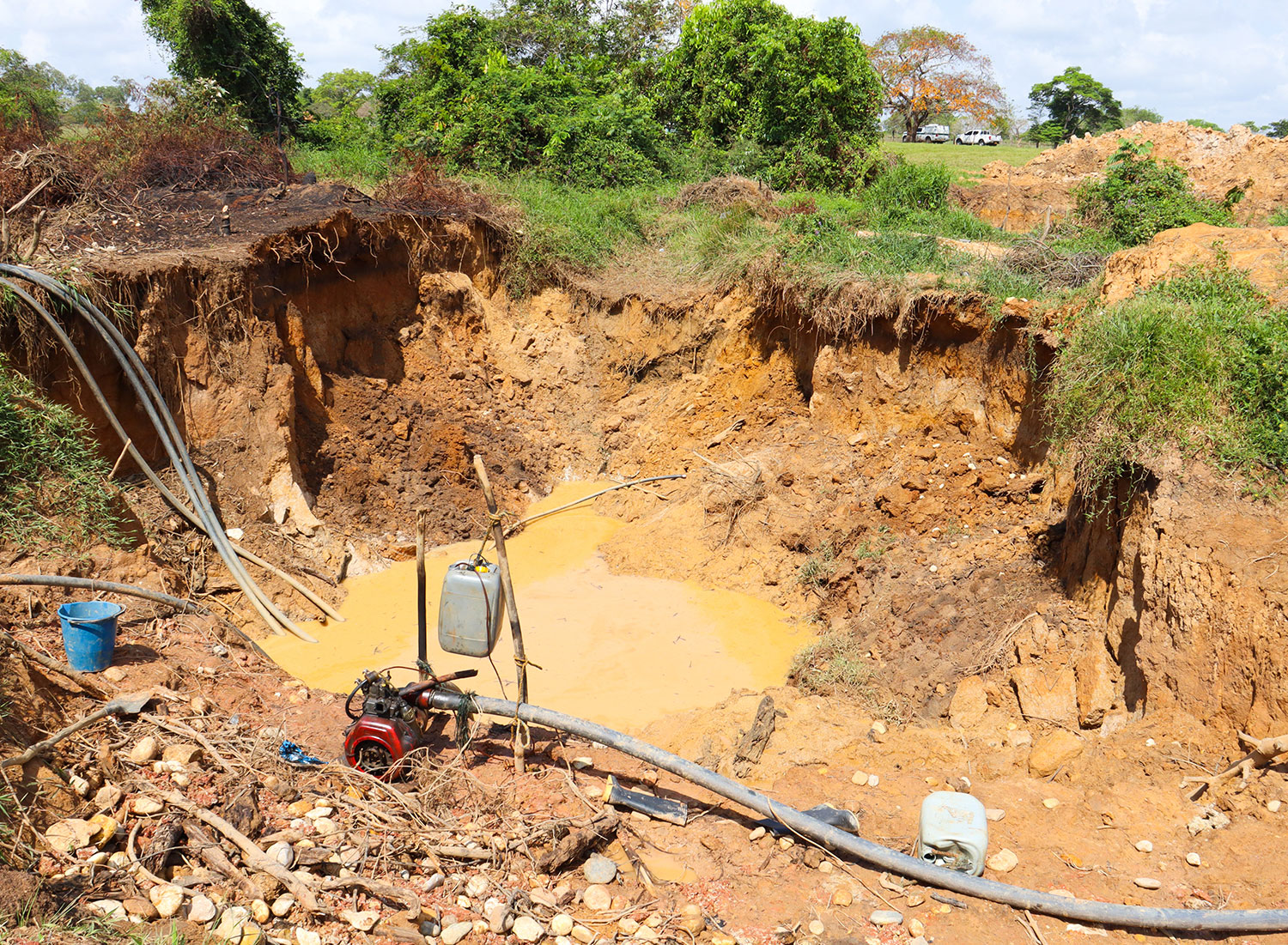 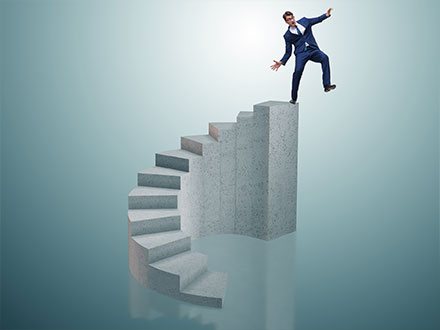 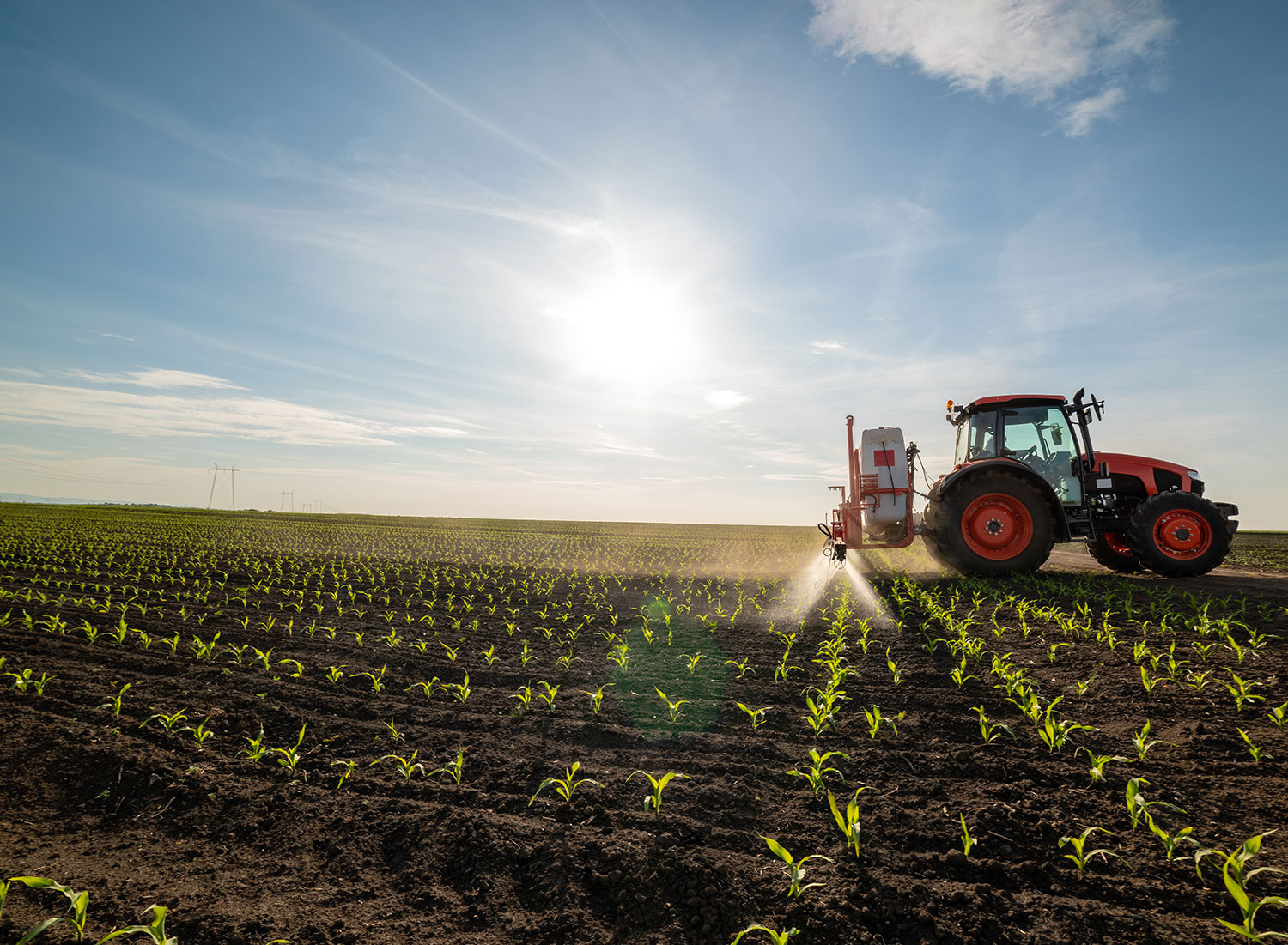